Professor Fowler’s work lies at the intersection of the natural and social sciences, with a focus on social networks, behavior, evolution, politics, genetics, and big data.

James was recently named a Fellow of the John Simon Guggenheim Foundation, one of Foreign Policy’s Top 100 Global Thinkers, TechCrunch’s Top 20 Most Innovative People, Politico’s 50 Key Thinkers, Doers, and Dreamers, and Most Original Thinker of the year by The McLaughlin Group. He has also appeared on The Colbert Report.

Together with Nicholas Christakis, James wrote a book on social networks for a general audience called Connected. Winner of a Books for a Better Life Award, it has been translated into twenty languages, named an Editor’s Choice by the New York Times Book Review, and featured in Wired, Oprah’s Reading Guide, Business Week’s Best Books of the Year, and a cover story in New York Times Magazine. 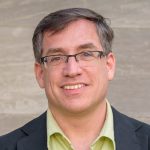 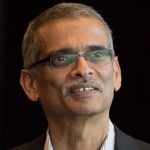