When social media is sexist: A call to action against online gender-based violence

This blog originally appeared on eTAG

The Internet is not an equal space. The past few years have seen a rise in concerns about the disproportionate levels of abuse experienced by women in social media platforms. From the United Nations to local non-profit organizations, entities across different geographies have actively acknowledged the pervasiveness of online gender-based violence. Yet, major gaps remain, in research as well as in implementation of interventions to minimize its prevalence. This article provides a broad summary of the current status of the discourse around online gender-based violence, with the aim of drawing attention to the severity of the issue.

Hate speech on Twitter aimed at female politicians, journalists, and those engaging in feminist debate, has been documented across different countries.1-3 The excessive online misogyny experienced by female candidates in the 2019 US General election has been well covered by mainstream media. This intense hostility however is not reserved just for important female figures visible in the public space. A recent study which used data from Reddit for the duration 2011 to 2018, examined the “manosphere”, a term used to refer to a group of loosely incorporated websites and social media communities which typically involve men discussing their frustrations and desires along with a strong expression of hostility towards women and feminism. The study found alarmingly high and increasing patterns of misogynistic content as well as violent attitudes in these forums. But, despite this focus received from academia as well as mainstream journalism, to this day, there is no commonly accepted definition or typology for violence targeting women online. Different terms including “technology-facilitated gender-based violence”, “cyber-crimes against women”, “cyber harassment”, and “information technology-related violations” have been used by different scholars and entities to refer to abuse experienced by women online. As a starting point, we need a standard definition for online gender-based violence, in order to facilitate any discussion around developing regulations, at a global level.

Impacts of online gender-based violence
Online gender-based violence can have significant psychological, social, and economic impacts. Most directly, it affects women’s freedom of expression. One study showed that women who experience online abuse often adapt their online behaviour, self-censor the content they post and limit interactions on the platform out of fear of violence and abuse. By silencing or pushing women out of online spaces, online violence can affect the economic outcomes of those who depend on these platforms for their livelihoods. It can also lead to loss of employment and societal status, in cases where online violence impacts their reputation (for e.g. in cases involving revenge porn or non-consensual pornography). In addition to directly impacting the women who are present online, online gender-based violence could be predictive of violent crimes in the physical world. A study in the United States found that cities with a higher incidence of a certain kind of racist tweets reported more actual hate crimes related to race, ethnicity, and national origin.

Who are the victims?
Needless to say, similar to offline gender-based violence, marginalized women are more likely to experience online violence. It is important to note the intersectionality of online violence while developing regulations or interventions to address these issues. African-American women are likely more at risk when compared to their White counterparts. A Muslim woman might get more hate, owing to the discrimination she faces based on her gender as well as her religion. In terms of age, young girls are observed to be at much higher risk, perhaps owing to the greater engagement online. Studies have indicated that intimate partner violence can also lead to online violence – men posting indecent photos of, or hateful content against their partners, as revenge. It is perhaps important to look at offline and online gender-based violence comprehensively instead of in isolation in some contexts.

Online gender-based violence as an extension of the offline issues
The online expression of misogyny or other forms of gender-based violence is an extension of offline gender ideologies and patriarchy. The reasons that cause men to perpetrate sexual violence or harassment in the offline world are probably the same reasons that drive them to be misogynistic online. The drivers of online expression of misogyny is an area of research that has not been explored fully. Another potential way in which online gender-based violence is a reflection of the bias in the offline world is the existing gender imbalance in the tech industry. Because the tech sector itself is gender imbalanced, and has gender biases, it potentially gets translated to the structure of the social media platforms developed by them, inherently increasing the risk of harm to women.

Online gender-based violence and the COVID-19 crisis
In the current context where social distancing and stay-at-home rules are being practiced across the world, face-to-face surveys and interviews have become challenging or almost impossible to conduct. Social media data could prove to be of critical importance here. It can be used to find insights on issues related to gender, including gender-based violence. Emerging evidence from different geographies across the world already show increased rates of domestic violence due to the stress and tension associated with the imposed lockdowns. While there are no studies that have examined it yet, it is possible that online misogynistic content has also increased owing to increased levels of stress and anxiety following the lockdowns. A single study from the United Kingdom indicates an increase in anti-Muslim content online since the COVID-19 lockdown. In the current context, researchers can study online behavior of users as it relates to gender, to get some insights into the offline worlds.

The way forward: some recommendations

In light of the current challenges in studying as well as addressing online gender-based violence, we would like to discuss a few recommendations:

• Develop a standard definition for online gender-based violence for research. Most studies have assessed the prevalence of online violence among women who are present online. But women do not have to be users of any social media platforms to be the victims of non-consensual pornography, or hate speech. Who are the victims? How do we define and include them in our research? What entails online gender-based violence? These are some of the questions that need significant thought by researchers as well as policymakers.

• Building capacities to use existing social media data to gather insights on prevalence of online gender-based violence, particularly in low and middle-income countries. Most research on this topic are from high income countries like the United States and the United Kingdom. With ubiquity of internet and social media platforms in almost every country now, it is important that these topics be studied globally

• It is important to hold the tech industry responsible for creating platforms that are more conducive to women’s participation. Getting more women in the tech industry could contribute to making these spaces safer for women

• While legal instruments against cyber crimes exist in almost all countries, they are mostly limited in scope and the most perverse form of online gender-based violence might not fall under the ambit of those instruments. It is important for governments to ensure that adequate legal procedures are in place for prevention of such crimes. Civil society organizations could be instrumental in bringing this topic to the forefront of public and government discourse.

The rise of the internet and social media platforms has brought about significant changes in how people interact with each another. Social media platforms are not just a space to communicate with one’s offline friends, but also to expand one’s social networks, and build new relationships. For a lot of people, social media platforms have also become the only source of news and information about the world. In other words, the distance between the online and the offline world is now very less. As such, online gender-based violence should be a policy priority. Efforts should be made to make the internet a safe space for women and girls, both from a larger social norms perspective and legal or technical regulations to alleviate online gender-based violence. 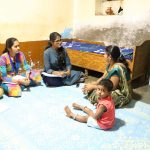 Monitoring COVID-19’s Effects on Family Planning: What Should We Measure?GEH Blog 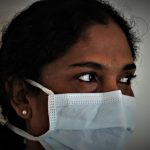 COVID-19 is Backsliding India’s Progress on Reduction of Marital Violence- So what are we going to do about it?GEH Blog