Ruvani Fonseka, MPH, MSW, is a PhD Student in the UCSD/SDSU Joint Doctoral Program in Public Health, Health Behavior track. She is working with Dr. Jay Silverman at the Center on Gender Equity and Health within the Department of Infectious Diseases & Global Public Health as a pre-doctoral fellow. Ruvani is also a 2017-2018 UCSD Katzin Fellow.

Ruvani received her Bachelor’s degree in History and Science from Harvard University, with a certificate in Global Health and Health Policy. Her interest in gender and health equity led her to serve as a Peace Corps Volunteer in Mali, West Africa after college and to conduct quantitative research on gender-based violence in Bangalore, India, and in Sri Lanka while completing Master of Public Health and Master of Social Welfare degrees from the University of California, Berkeley. While at Berkeley, Ruvani received an NIH MHIRT fellowship for her work in India with Dr. Suneeta Krishnana, and published her MPH thesis research on Sri Lanka in the PLOS One article “Impact of Adverse Childhood Experiences on Intimate Partner Violence Perpetration among Sri Lankan Men.”

After completing her Masters degrees, Ruvani researched women-headed households in Sri Lanka with the Asia Foundation, and gender-based violence response services for Asian and Pacific Islander populations across the US with API-GBV in Oakland, CA. Prior to entering the JDP, Ruvani conducted 9 months of Fulbright research on gender norm formation among young adults in Sri Lanka in 2016-2017. Outside of research, her hobbies include experimenting with new food recipes, choral singing, and salsa/swing dancing. 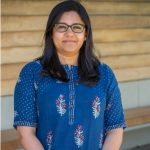 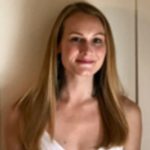