“We wait until the placenta is delivered before we tell the mother the sex of the baby. If it is a girl she may have a stress response in her body or feel scared of the response of her husband and mother-in-law. It could make delivering the placenta very difficult.” – Nurse Mentor, Faizabad, Uttar Pradesh

Just moments before, a small, shriveled infant had emerged into the world and taken its first breath. From the side of the room, I could see the mother lying on the table, still gritting her teeth and gripping the rusted metal edges of the platform. The mother’s life-blood still pulsed through the membranous purple umbilical cord for a moment until it was clamped and cut with a clean blade. These two beings who had been independent for nine months became separate humans. A cloth was wrapped around the baby’s lower half, hiding the genitalia, while mucus was suctioned from the nose and its weight was recorded. The placenta came easily. When I was a medical student assisting with deliveries, I always felt awe at the magic of birth and the humility before this new life, seemingly full of potential and with many experiences ahead. Certainly here, especially if the baby was a girl, her life would be shaped by challenges and discrimination. We left the room to give the mother and her family some space. I never found out the sex of the baby

I am currently a resident Family Medicine physician in Seattle with a strong connection to South Asia. I lived in rural Nepal for a year studying community health, participated in hepatitis B research in Ladakh, India, and several photo projects in the region. One of my main goals as a primary care doctor is to address social inequities that impact health, including those related to gender, particularly through a global public health lens.

The web of son preference, gender discrimination against girls, and violence against women is visible everywhere in India. it is especially severe in Uttar Pradesh (UP) – 36.7% of women have experienced spousal violence, compared to 28.8% nationally and the sex ratio is 878 girls for every 1,000 boys 1. In Summer 2016, I spent a couple of weeks int he state, learning from two thoughtful and impactful organizations, Sambodhi and Population Council.

There is evidence that demonstrates the links across traditional masculinity norms, son preference and intimate partner violence (IPV) 2. A large study in UP interviewed over 9,000 men and 3,000 women and reported that the average India man is “convinced that masculinity is about acting tough, freely exercising his privilege to lay down the rules in personal relationships, and above all, controlling women.”3 This study reported some of the highest prevalence of IPV of 75% with 30% of men reporting perpetuating sexual violence in the past year compared to 7-15% in other states 3. The study also shows that 60% of respondent men admitted to using violence to assert their dominance over their partner if she was unable to bear on a son. Another study, by the UNFPA, found that close to 50% of men and 43% of women preferred a son, and showed discrimination against daughters 3.

During my time in Uttar Pradesh, I interview Auxiliary Nurse Midwives (ANMs), Accredited Social Health Activists (ASHA’s or female community health mobilizers), and Anganwadi (rural child care centers, teaching and providing food for children under six) workers. I also learned about the gender equity research projects and monitoring the plans that the United States, are locally run by educated and motivated Indians who understand complex cultural dynamics, government function, and the way to best gather data on sensitive and taboo topics.

When I worked in Far Western Nepal, I witnessed similar trends in son preference and intimate partner violence. I remember drawing a poster to be used for education during village health fairs. It demonstrated how women contribute the “X” chromosome to the fetus and men contribute either “X” or “Y”, which determined the child’s biological sex. The poster aimed to alleviate the burden of violence and same towards mothers who gave birth to a girl, and to illuminate the role that the man’s sperm plays in the ultimate sex determination. In Nepal, the sex ratio at birth is 934 girls for every 1,000 men 4. These data are before the effects of infanticide and death from neglect are seen.

Factors that drive son preference weave through layers of culture, history, and economics. Men and women in Uttar Pradesh agree that the most important reasons for having a son are to carry on the family name and to provide support to parents in their old age 3. Dr. Kumudha Aruldas, Senior Program Officer for Population Council, affirmed that “families feel the economic burden of raising a girl who will ultimately move into her husband’s house and contribute to domestic duties under her husband and new mother-in-law.” In Hindu tradition, sons are also needed to perform certain religious functions, including lighting the funeral pyre to cremate deceased parents. Additionally, girls are considered an economic liability with the dowry system and the high cost of weddings 5.

Gender inequity infiltrated in to pregnancy, delivery experience, and subsequent treatment of girl children. Although the steps towards cultivating gender equity are overwhelming, research highlights spaces of hope and success. For example, the Center on Gender Equity and Health’s (GEH) research project Counseling Husbands to Achieve Reproductive Health and Marriage Equity (CHARM) study found that including men in gender equity-focused family planning counseling supported improved contraceptive communication and use among married couples, as well as decreased marital sexual violence 6. There will also be work to do reaching out to boys and teaching alternative ideas of masculinity in schools and the home, and ensuring quality education for both sexes, which is shown to reduce violence and discrimination against girls and women. Additionally, it will be important to ensure women’s access to income.

During my time in India, I was humbled and inspired by the creativity and dedication that I saw from the people at Population Council and Sambodhi. They are sharp, respectful, and motivated to cultivate real and sustainable change women for in India. I left energized with insights that I know will impact my work as a Family Medicine physician focused on community health, social justice, and health equity. I left with hope for tiny, cloth-bound infant held in its mother’s arms, after meeting so many health providers and researchers in India dedicated to reducing gender inequities and improving treatment of mother and the survival of all children, girls and boys. 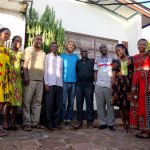 Adapting the SASA! Approach for Reducing Violence against Women and HIV in Kigoma, TanzaniaGEH Blog 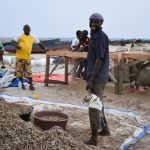 Integrating an Alcohol and Violence Screening and Brief Intervention into HIV Post-test Counseling: Observations from a Ugandan Fishing Community on Lake VictoriaGEH Blog